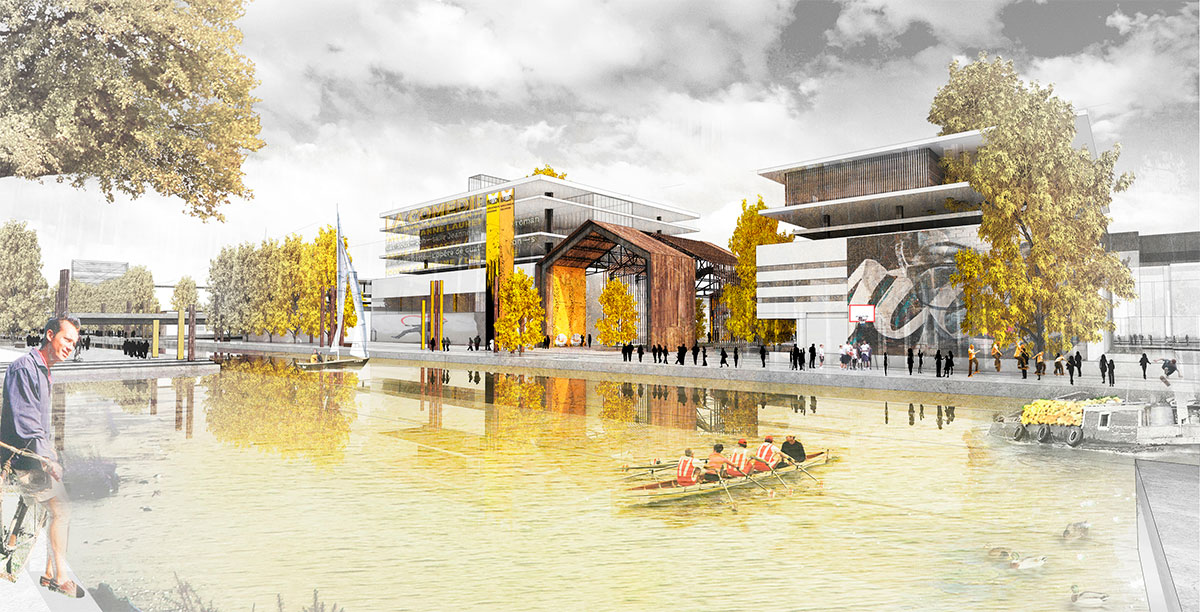 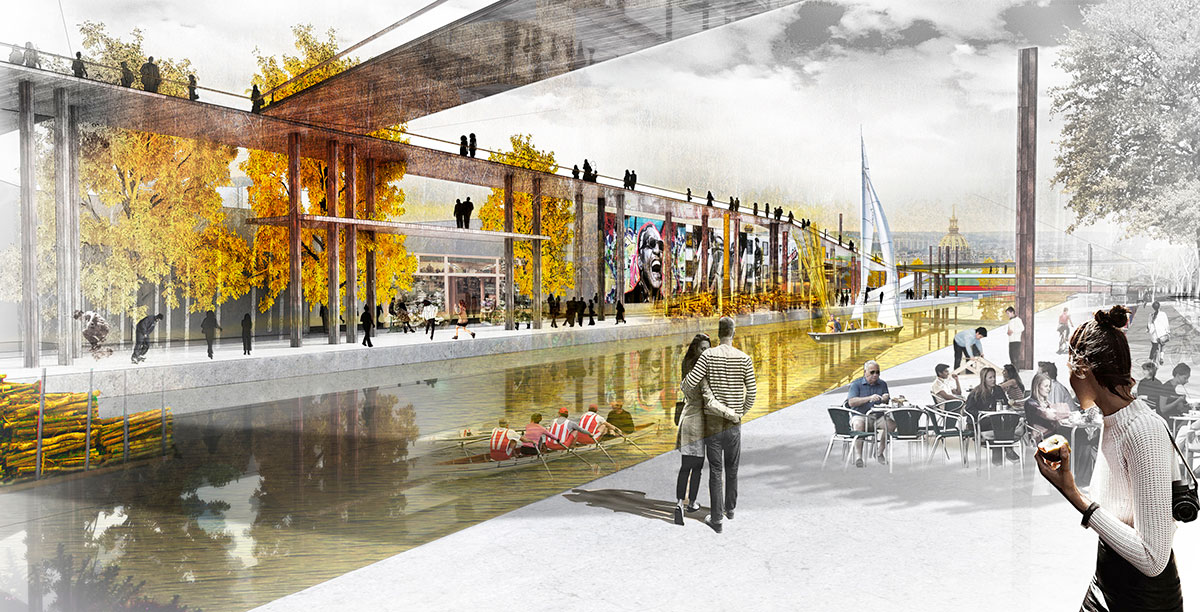 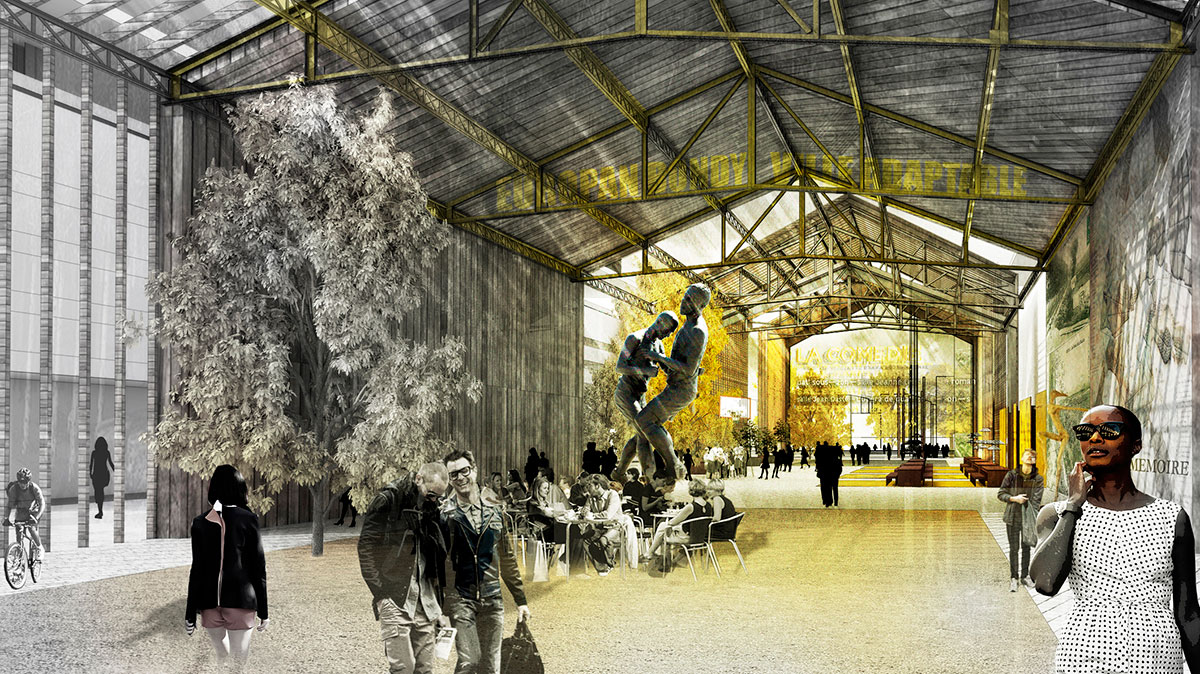 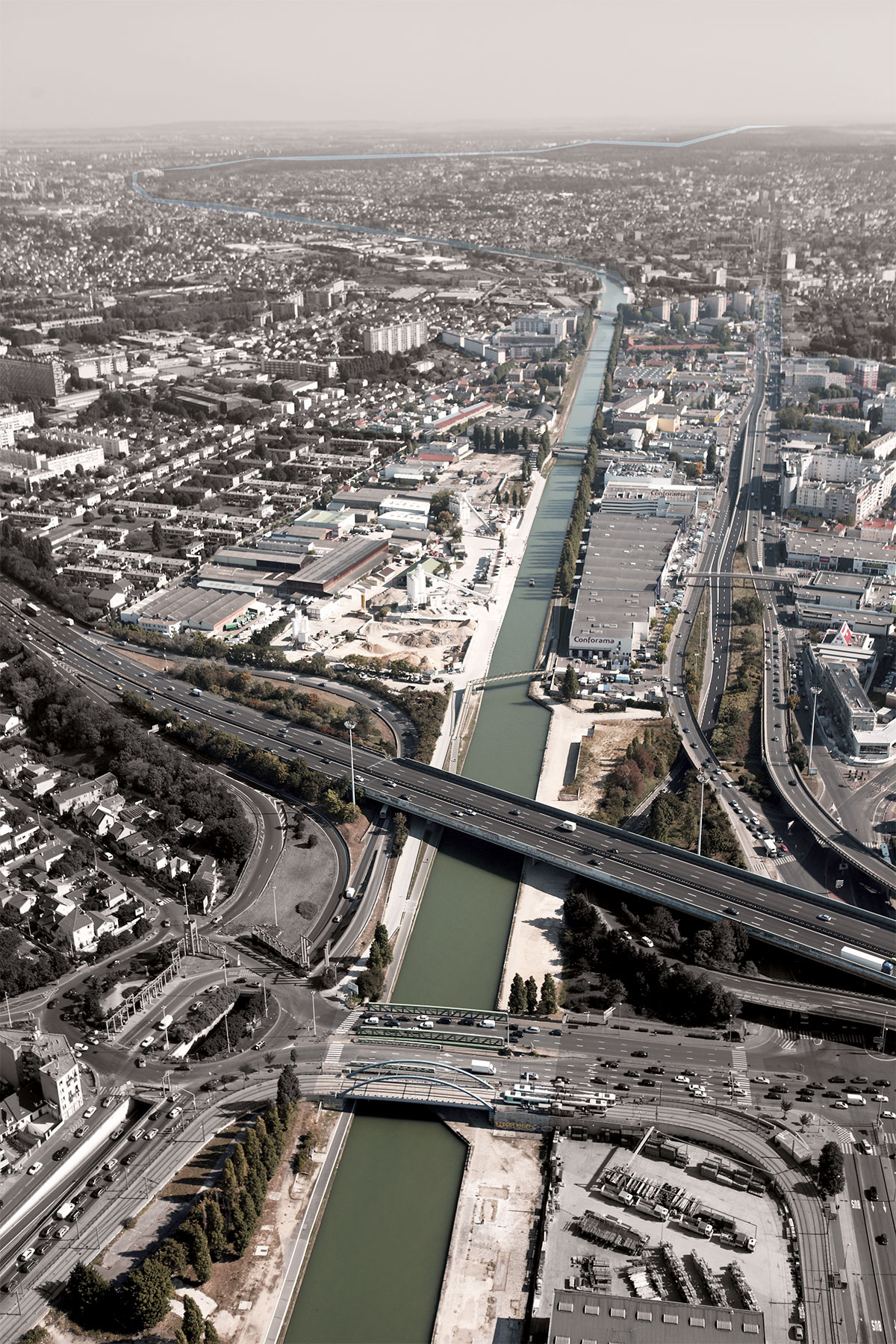 Our re-bondying proposal, awarded with Europan 13, focuses on the area that separates the residents from one side of the Ourcq Canal. The approach is similar to the one in the city of Sèvres, but on another scale: we identified the dysfunctions and the important matters. An attractive commercial zone which was built in the 80s was separated from the canal by the barrier of a busy road. Thus, the inhabitants of Bondy could not cross to enjoy the water. However, Bondy was built in order to revive this Napoleonic canal, on which the tree trunks from the region were transported to Paris. The intervention is moderate, with small, necessary, and aimed actions that solve the problems and deeply modify the urban ground. Permeability is created due to the bridges, the green spaces and the opening of several municipal terrains. The canal is now open and comes alive. By maintaining the existing buildings, we put them through slight modifications in order to favour their modularity. This would undergo both renovation and materials study, by utilizing wood for furniture, framework and symbols as a reminder of the history of Bondy, which held one of the largest forests in the Paris region. The once commercial activities change to a hybridization of creation-crafts-service. By keeping the link to the material, several workshops allow residents to transform wood for their own creations or repair goods bought from large distributors of furniture, located in the commercial area. Repairing rather than discarding is the architectural position and program for the borders of the canal.